New Esrange can mean hundreds of new jobs in the region 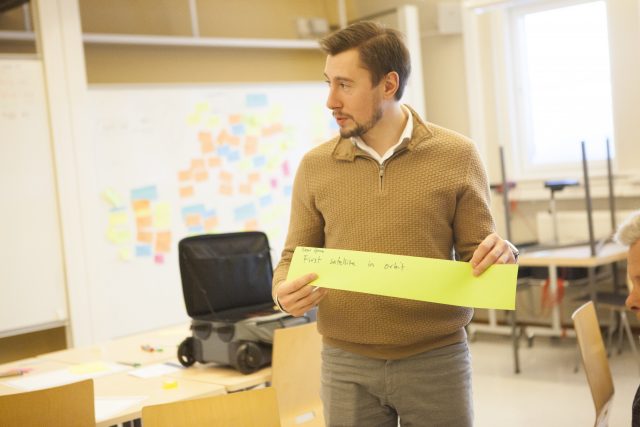 How can Sweden remain competitive as a space center in the future? That was the question SSC wanted to solve as they launched the New Esrange project. The project will modernize the rocket base built in the 1960’s and may create new business opportunities for subcontractors and SMEs in the region.

– We have already invested about 100 million SEK in Esrange since 2013. The analyst firm Vasco came to the conclusion that a fully realized New Esrange could hundreds of new jobs in the region if you look at every level of enterprise, said Philip Påhlson, Project Manager for New Esrange at SSC Sweden.

New Esrange is a project divided into three parts. Phase one is basic infrastructure investment, in order for the facility to become modern with a new fiber networks and power plants in the base. Phase two is about finding new smart ways and business services that can utilize existing infrastructure. The final phase is about finding new capabilities that can be sold to the growing space industry.

– The space industry is moving at a fast rate. At the moment, there is much focus on exploration around the moon and March. And the space industry need to test and validate those systems to realize those launches, we can contribute in the journey.

Esrange is looking at autonomous crafts, among other things – it is more common in the service sector to want drones to monitor power stations and district heating systems and other different applications. But drones have to be tested somewhere and there are few places that have an airspace that you can turn off in case of need, one of these places are SSC Esrange.

– A project on the government side right now is satellite launches. That investment is estimated to cost 550 million. It’s something we are currently working hard to get into the autumn budget for 2018. We have set a deadline for satellites to be operational by 2021. Around that time we also hope that we will be able to handle reusable rocket steps.

What does this mean for the region?

– We will need resources. Well-trained people that can help us solve the challenges that this venture will entail. We will need to build a new ecosystem in place – where we also see a possible role for SMEs to find new business opportunities, said Philip Påhlsson.