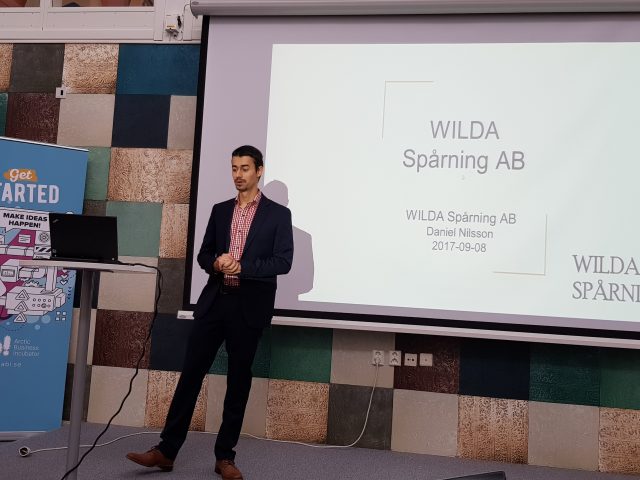 The new space incubator company Wilda Tracking AB has developed a positioning system for firefighters and aims develop leading tech in detecting rescue personnel in disaster areas. This autumn, the equipment will be tested in three areas in northern Sweden – Kiruna, Jokkmokk and Övertorneå.

– We want to be part of the solution to the rescue service’s problem to identify where all the people in the rescue work area are. We want to be world leading in non-urban long-distance communications, said CEO Daniel Nilsson, to the business magazine Affärer i Norr.

The idea is that firemen are wearing a small transmitter who is in contact with the rescue team, who can keep track of where the rescue personnel are. The range of equipment is at least one mile. The system works in areas where there is no mobile phone coverage or internet connection.

This autumn, the equipment will be tested in cooperation with the rescue services in Kiruna, Jokkmokk and Övertorneå. The market is considered to be large. Only in Sweden there are about 1000 fire stations.

– We start in Sweden to get the system confirmed. The major markets are in the United States, Canada and Spain, in areas where forest fires are high, said Daniel Nilsson to the business magazine Affärer i Norr.

The system is also interesting for industries such as the offshore industry, forestry and wind farms where poor mobile coverage is common.

Now the company is growing and besides Daniel Nilsson, the company has a staff engineer and will soon recruit a computer programmer and a sales person.

Wilda Tracking is found in the Incubator Arctic Business Incubator in Luleå, and is also accepted in the ESA-BIC Sweden spacecube, which works to develop the space industry in northern Sweden together with the RIT-project and Luleå University of Technology.