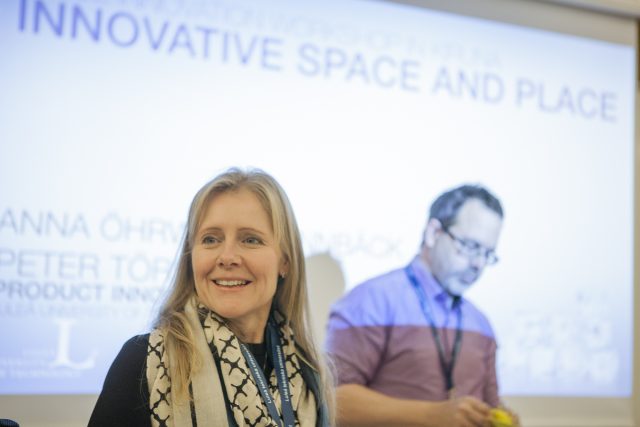 A sales organization to attract new investments to the municipality and a creative meeting place for industry in Kiruna – these were two of the suggestions that came up during the space innovation workshop that was organized by the Municipality of Kiruna, the RIT project and the Scaiem conference in Kiruna.

– We got a better understanding of the space actors and their future in Kiruna, as well as a clearer picture of the space organizations need to jointly shape a vision for the space industry in Kiruna, said Lars Bäckström, strategist at Kiruna municipality.

During one day local politicians, city planners, representatives from the space industry and academia collaborated to develop a common ground for how the transformation of the city and the space activities could reinforce each other. The workshop was organized by the Municipality of Kiruna and the RIT project together with the conference Scaiem 2016 (Scandinavian Association Industrial Engineering Management).

– It has been interesting and rewarding to interconnect different industries and competencies in a joint workshop, said Johanna Bergström-Roos, project manager for RIT. The goal was to identify a common agenda, but more important was the process itself. We got the opportunity to understand each other’s challenges and began to build an understanding of how we can cooperate in the future.

With the help of a method developed by researchers at Luleå University of technology the group worked with a structured process starting with a situation analysis followed by creating a desired future and finally ending up with concrete proposals to reach the goal.

– A day’s exercise like this doesn’t create a thorough and complete strategy but it’s a great way to push the process forward towards a common understanding. Some additional suggestions included a sales organization and a creative meeting place for the aerospace industry. These are the kind of investments needed to create an interesting environment for innovation, attracting investment, talented people and businesses to the region, said Johanna Bergström Roos, project manager for RIT.